AROCA SA is a vibrant and successful club with a current membership of around 200, and in the last twelve months there has been an influx of new members. Alfa Romeos owned by members range from current models to historic models with 1970s 105 series and 1980s GTVs particularly well represented.

The club has a mix of meetings, social and competitive events.

Well attended monthly meetings are held at the Sporting Car Club in Unley, usually with a guest speaker; and a club shop with a wide range of Alfa Romeo merchandise is open at every meeting.

The club holds an Annual Dinner, usually in July; a Christmas function in December; and we usually have a film night at Wallis Cinemas once a year.

Sundays Runs are held regularly, and an Economy Run is held once a year.

On the competition front AROCA SA is affiliated with the Marque Sports Car Club (MSCA) and Sprint Meetings are held several times a year at the Mallala motor racing circuit. This gives club members the opportunity to compete in well organised motor racing events sanctioned by CAMS.

“Le Automobili Alfa” is the Club’s Magazine. Published once a month, it keeps members posted on what is happening within the club, and provides Alfa Romeo articles, news and historical notes. The magazine also has a buy, sell and exchange section that is free to club members. Businesses can advertise in the magazine by buying a half or full page, or by putting in their business card.

The Alfa Romeo Owners Clubs of Australia are affiliated with one another via a National Council that meets after an annual national gathering (Alfesta) held alternately in each state. 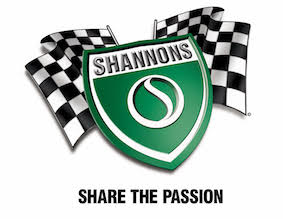